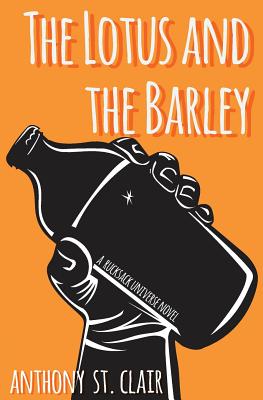 The Lotus and the Barley

In a rebuilt London, trouble is brewing.

In a world where a bottle of stout can change destinies, all Branwen Porter and her sister Zara want is to become brewers of the world's oldest and most popular beer, Galway Pradesh Stout. But the brewmaster won't give them a second glance, much less try their homebrew. A chance encounter with a man in black and a stolen briefcase changes everything. Zara and Branwen find themselves on a collision course with the most dangerous man in the world and his terrible plans for the beer. Two ancient enemies will renew a bitter vendetta, and the sisters will discover their new destiny--but only if they can choose between their dreams and each other.

THE LOTUS AND THE BARLEY is a captivating page-turner in Anthony St. Clair's Rucksack Universe. If you like Neil Gaiman, Terry Pratchett, or Octavia Butler, you'll love this ongoing fantasy series of globetrotting intrigue, myth, and adventure.