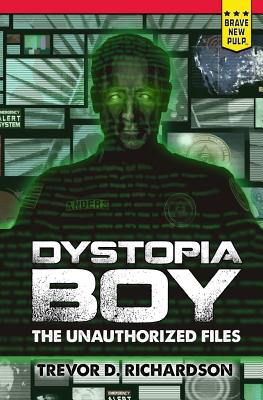 Your TV is watching you.

Your cell phone is listening to everything you say.

There are no secrets, no quiet moments. There is no privacy.

Behind the veil of work and life, Democracy, free enterprise, and the roar of restaurants, bars, and blockbuster movies there are the Watchers - a secret branch of the US government with the sole task of spying on the American public through hidden cameras, tapped phones, the Internet, satellites, and even safe, sensible modern appliances.Then one day a young man named Joe Blake looks back through the monitor, locks eyes with an aging Watcher and says, "I know you're out there. I know you're listening."

Systems at the Watcher compound go dark, malfunctions run rampant, and the agency begins a meticulous investigation into Joe's life. Through the surveillance record we watch as he grows into a troubled rock star witnessing the downward spiral of the American economy from the road. We watch his fight against a corrupt corporate takeover of a government formally by and for the people, and we see the end of our way of life in the small compromises that go overlooked or unnoticed. Joe declares war on the system, but can he complete his mission before the Watchers track him down through his own past? In a race against time, who wins, the people or the money?

Trevor D. Richardson is the founder of The Subtopian, a regular writer and editor for the magazine, and the author of American Bastards from Subtopian Press. A west coast man by birth, Trevor was brought up in Texas and has since ventured back west and put down roots in Portland, Oregon. He has devoted his writing career to helping others find success by forming friendships and working relationships with other writers and artists. Trevor looks for ways to reach across media to other types of creative people to find that place where music, visual art, and literature intersect and is dedicated to creating a new market where new voices can thrive without sacrificing quality or principles. Trevor has written numerous short stories published in a variety of magazines including Word Riot, Underground Voices, and a science fiction anthology called Doomology: The Dawning of Disasters. For writers and other artists with an idea that they think Trevor might be a good fit for, he likes to let people know that his door is always open. Email questions and proposals to trevor@subtopian.com
Loading...
or support indie stores by buying on