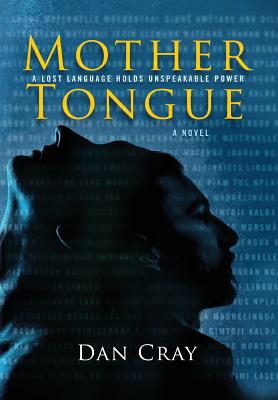 "STICKS AND STONES" HAD IT WRONG.

Words can hurt you, as elementary school teacher Jon Wanamaker learns while working to preserve a dying language. Already mired in the aftermath of a failed marriage, Jon is suddenly tormented by ghostly, ribbon-like sentences that stream across his vision, wrenching him in and out of consciousness.

But are they hallucinations, or something more? Minutes after the ribbons appear, a deranged sniper is hot on Jon's trail; a pro baseball pitcher sees exactly what Jon is seeing, from three thousand miles away; and a neurophysicist is leaving cryptic warnings while rushing to Jon's rural mountain community. Meanwhile Jon's ex-wife, an ailing journalist searching for one final story, is about to expose a deadly, ribbon-related episode from Jon's hidden past... a revelation that could endanger the entire region.

Then there are the whispers, about ties between the mysterious sentences and a wondrous "mother language" unspoken for four thousand years. As Jon's swirling sentences mushroom, so does an unprecedented opportunity to safeguard his town while reviving hundreds of languages on the brink of extinction.

Are Jon's ribbons something miraculous, as his growing convictions insist? Or are they dangerous, as the people hunting for him--and the woman he still loves--suspect? The startling answers promise to unlock new frontiers... if Jon can avoid falling prey to the Mother Tongue.