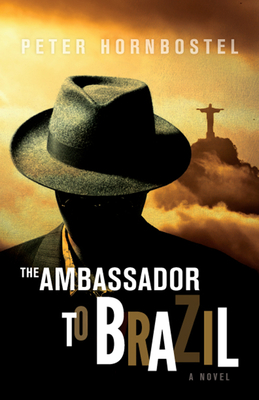 The Ambassador to Brazil

In March 1964, a secret task force of United States warships and tankers set sail from the Caribbean bound for Brazil. The flotilla, which had the code name Operation Brother Sam, included the world's largest aircraft carrier, several destroyers, a troop carrier, and three tankers. Its purpose was to support the Brazilian military in its meticulously planned coup d' tat against President Jo o Goulart, which was successfully completed on April 1. In this work of fiction, Peter Hornbostel deftly weaves fact and fiction to draw a classic example of U.S. intelligence operations in Latin America out of the shadows, and to speculate on what the role of the United States may have been. The novel's protagonist, Ambassador Anthony Carter, maneuvers to influence unfolding events despite being kept in the dark by the CIA and the Brazilian military. Although the success of the coup is inevitable, the novel demonstrates how U.S. hegemony mixed with Cold War hostilities to escalate the crisis, and how the outcome could have been much worse. In addition to the political intrigue, this is the story of Ambassador Carter's love affair with his Brazilian mistress, Marina, a woman as sultry and intriguing as the city of Rio that is the backdrop to their romance. Carter is torn between the deceptions that surround him in his public role and the intoxicating honesty of his private life, both integral to his identity as the Ambassador to Brazil.

Peter Hornbostel is an international lawyer, a writer of short stories, and the Artistic Director of a community theatre in Washington, Virginia. He worked for the United States government in Rio de Janeiro and Washington DC from 1963 to 1968 and started his law practice soon after. He has lived in Rio for six years, and has visited Brazil more than 100 times. He has permanent resident status in Brazil and is an honorary member of the Brazilian Air Force. He lives with his wife in the Blue Ridge mountains of Virginia.
Loading...
or support indie stores by buying on