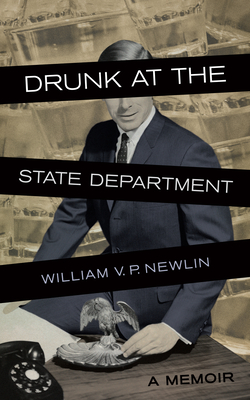 Drunk at the State Department

Mad Men meets the Foreign Service in this candid depiction of the hidden worlds of a high-functioning alcoholic. From the main line of Philadelphia to the summer scene in Bar Harbor ME, William Newlin grew up surrounded by adults who made the cocktail hour seem glamorous. At boarding school and Harvard, and at his first diplomatic posting in Paris, Newlin seemed to lead a charmed life - except for a habit of secret drinking that grew from year to year. The deception continued through many assignments, both overseas in Guatemala, Brussels, and Nice, and in Washington, D.C. at the Operation Center, the State Department crisis control hub. Newlin meticulously recounts the routines he established for each venue, playing a game of cat-and-mouse with his colleagues, family, and friends. We are periodically reminded of alcohol's role in the '50s and '60s culture of white male privilege, but there have been few first-hand accounts. Drunk at the State Department tells that story with candor and erudition, providing a glimpse into a patrician, vanishing world.

William Newlin spent 25 years as a Foreign Service Officer, serving in Paris, Guatemala, Brussels, and finally as Consul General in Nice, with a Washington assignment between each overseas post. He retired after Nice figuring it would be a hard act to follow. His post-diplomatic activities began with a book about the lakes on Mt. Desert Island, Maine, followed by some professional Shakespearian acting, and mediating in the District of Columbia court system. He settled on teaching writing as a second career. He has a BA and an MBA from Harvard and an MA from The Fletcher School of Law and Diplomacy. His extracurricular loves are fly fishing and sailing. He celebrated his eightieth birthday by sailing across the Atlantic as a crewmember of a Norwegian tall ship. He lives in Washington, D.C. with Louisa Newlin, his wife of 63 years. They have three children and three grandchildren.
Loading...
or support indie stores by buying on