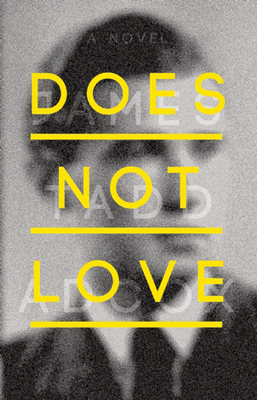 Set in an archly comedic, alternate-reality Indianapolis that is completely overrun by Big Pharma, James Tadd Adcox's debut novel chronicles Robert and Viola's attempts to overcome loss through the miracles of modern pharmaceuticals. Their marriage crumbling after a series of miscarriages, Viola finds herself in an affair with the FBI agent who has recently appeared at her workplace, while her husband Robert becomes enmeshed in an elaborate conspiracy designed to look like a drug study.

James Tadd Adcox's first book The Map of the System of Human Knowledge was published in 2012 by Tiny Hardcore Press. His work has appeared in TriQuarterly, the Literary Review, PANK, Barrelhouse, and Another Chicago Magazine.

James Tadd Adcox's work has appeared in TriQuarterly, The Literary Review, PANK, Barrelhouse, Mid-American Review, and Another Chicago Magazine, among other places. His first bookThe Map of the System of Human Knowledge a collection of linked short stories, became a small-press hit for his publisher, Tiny Hardcore Press. He lives in Chicago.
Loading...
or
Not Currently Available for Direct Purchase