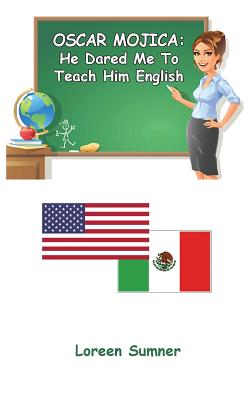 He Dared Me to Teach Him English

In 1992, Loreen Sumner was hired as the first English as a Second Language (ESL) teacher in Duplin County, North Carolina, and, through the years, she has had the privilege of teaching many students coming to this country from diverse parts of the world. Oscar Mojica, a twelve-year-old from Mexico, was one of her first ESL students. His stubborn personality and determination to succeed in the face of enormous struggles intrigued her so much that she was drawn to him and helped him. In the process, she became fully convinced that God had brought Oscar to America for a significant purpose and that she had been destined to meet the boy, help him like a mother, and eventually tell his amazing story.
Coming to America, for Oscar, had not been the dream everyone might imagine. He was hurt and bitter about having to leave his homeland and his beloved abuela, his mother's mother, and had departed from Mexico only at his mother's insistence (because she desired to alleviate the poverty and harsh trials he and his younger sister had suffered their whole lives back in Mexico). Arriving in America, Oscar was hurt that he did not feel very welcomed here, hurt that many Americans saw him as an intruder, and it took him some time to adapt to his new surroundings and feel a part of things.
Today Oscar Mojica is thirty-seven years old, and his story covers an amazing journey that ultimately brought him to the fulfillment of God's purpose for his life. Oscar Mojica is not only an amazing person of Mexican heritage, he is just as much an American as you or I, and the intriguing details of his life story will surely convince many Americans of that fact. This is his incredible story.