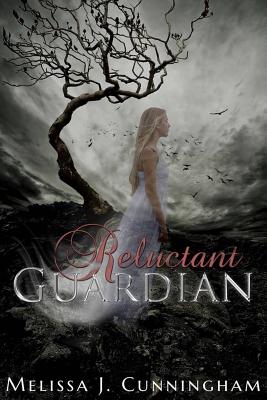 Guarding Brecken Shaefer-a dark and dangerous rebel-is harder than it looks. Death was nothing like sixteen-year-old Alisa Callahan thought it would be. Resting on pink, fluffy clouds for eternity with her gram and best friend sounded like a dream come true. After all, enduring one torturous experience after another in her short life deserved some kind of reward, right? Unfortunately, eternal rewards aren't given out so freely when you take your own life. Required to pay the debt for committing suicide, Alisa must become a guardian. It sounds easy enough, but not when the boy she is forced to protect has a dangerous secret and wants absolutely nothing to do with her. Brecken Shaefer isn't any normal teenager. He has special gifts that are sure to make Alisa's afterlife miserable. When feelings develop between them, everything spins out of control. Not only must Alisa face her own demons- but to protect Brecken, she must face an evil so heinous that it threatens to destroy their souls completely. Alisa is tired of hiding from her past. When the easiest thing to do is run, can Brecken give her the strength to stay?

Melissa J Cunningham (also known as M.E. Cunningham) comes from a land, far, far away, and ended up on a little farm in northern Utah, living with numerous magical creatures: horses, chickens, dogs, cats, and a goat. Cunningham began writing quite by accident when she fell through the fabric of time and dropped into the mysterious land of Terratir. Favorite topics include ghosts, monsters, dragons, and magic. Cunningham also likes TV, going to the movies, and camping in the mountains as long as there are no spiders, mosquitoes, or ticks. Cunningham's first book, Reluctant Guardian, was published in August 2013. While always in search of the strange and unexplainable, this author will write each story as it is discovered. Be on the look out!