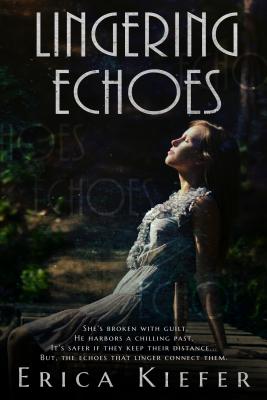 "You can't change the past... no matter how much you want to."

If only Allie Collins could go back to that tragic day one year ago, perhaps she could escape the guilt that haunts her. In reality, there was no altering her cousin's death or the role she played.

Then she meets Damien Michaels, a dark-haired stranger on a dirt bike, who seems to watch Allie and know more about her than he should. Veiling his own secrets, including a mysterious scar and tattoo, Allie knows she shouldn't trust him - especially as she digs up a past Damien desperately wants to forget. She also doesn't believe in summer romances, yet she finds her attraction to him growing beyond his striking grey eyes. Too late, Allie discovers he is hiding a dark past that is far from over, endangering her life and those she loves.

Erica Kiefer was born on Christmas Eve in Southern California to an American father whose ancestors arrived from Europe during colonial times and a Thai mother who moved to the US during high school. Adding to her rich and varied heritage, Erica grew up living abroad in Asia, including Taiwan, Fiji, Thailand and Indonesia. She gained a great respect for the beautiful mosaic of cultures found in various parts of the world. After graduating from International School Bangkok, she attended Brigham Young University in Utah, where she earned a degree in Recreation Therapy. Her career as a Recreation Therapist has allowed her to work with at-risk youth since 2007. Erica made the best decision of her life by marrying her husband in 2005 and is currently a mother of three, one of whom awaits her in heaven. Erica also loves singing, reading, writing, and satisfying her sweet-tooth with chocolate-chip cookies. Playing collegiate rugby was one of the most memorable experiences of her life, thus far. Erica's first book, Lingering Echoes, was signed by Clean Teen Publishing and released in early November 2013.