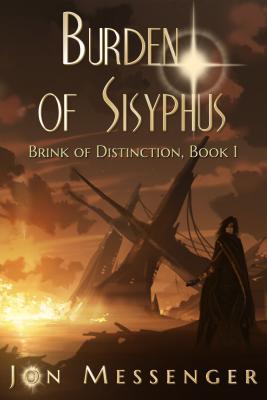 Burden of Sisyphus (Brink of Distinction)

Between the alien Alliance and the Terran Empire, a neutral zone stretches between the galaxies, a demilitarized zone that was established 150 years previous, following the Great War. The peace accord granted a semblance of peace to the universe. The peace, however, is a facade, and it is the responsibility of Michael Vance and his covert operations team to maintain that illusion. Recently, the Alliance lost contact with one of their outposts near the neutral zone. Surveillance scans show an abandoned city and no signs of life. The Alliance does what it always does: send in the best. But an unexpected betrayal leaves Vance and his team stranded. Worse, the city that was supposed to be dead is quite alive. And the monsters that now roam its streets are slaughtering his team, one at a time.

Jon Messenger (Born 1979 in London, England) serves as an United States Army Major in the Medical Service Corps. Since graduating from the University of Southern California in 2002, writing Science Fiction has remained his passion, a passion that has continued through multiple combat and humanitarian deployments. Jon wrote the Brink of Distinction trilogy, of which Burden of Sisyphus is the first book, while serving a 16-month deployment in Baghdad, Iraq.