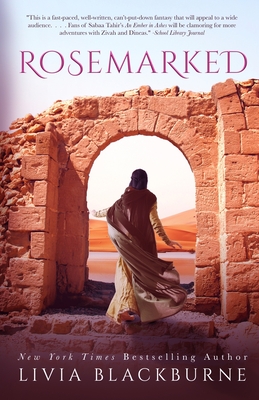 Zivah was once her village's most promising young healer, mastering potions that altered both body and mind. But when she's conscripted to treat a battalion of grievously ill soldiers, Zivah contracts the deadly rose plague. Now she's doomed to a slow, solitary death, cut off from everyone she loves.

Dineas grew up fighting to free his people from the Amparan empire, but capture and torture have left him shattered. Though he's now escaped from the emperor's dungeons, he cannot outrun the lingering effects of his trauma.

Zivah and Dineas share nothing but loathing for the empire and a deep-seated wish to be useful again. When they're presented with an unexpected chance to help their people, they're drawn to the opportunity, even if the perils are great. If Zivah can use her potions to remove Dineas's memories, he could infiltrate and undermine the imperial army. Success could bring the freedom they've longed for. Failure would mean death, or the loss of their very selves.

As healer and warrior set off on the most dangerous mission of their lives, they navigate shifting allegiances, hidden assassins, and a disease that's left its mark on every aspect of their world. And as Zivah and Dineas's distrust for each other gives way to a growing attraction, the two must untangle their treacherous emotions before everything falls apart.