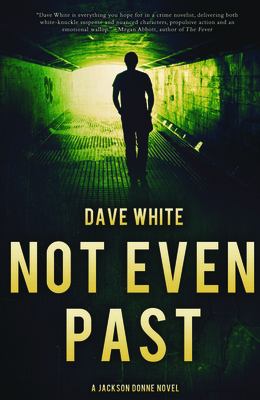 Finally, Jackson Donne has it figured out. After leaving the private investigation business, he's looking toward the future -- and getting married to Kate Ellison. Donne is focused on living the good life -- planning the wedding, a big Hawaiian honeymoon -- until he receives an anonymous email with a link and an old picture of him on the police force. Once Donne clicks the link, nothing else in his life matters. Donne sees a live-stream of the one thing he never expected. Six years ago, his fianc e, Jeanne Baker died in a car accident with a drunk driver. Or so Donne thought. He's taken to a video of Jeanne bound to a chair, bruised and screaming, but very much alive. Donne starts to investigate, but quickly finds he's lost most of his contacts over the years. The police hold a grudge going back to the days when he turned in his corrupt colleagues, and neither they nor the FBI are willing to believe a dead girl's been kidnapped. Donne turns to former NARCO department partner Bill Martin -- the only man to love Jeanne as much as he did -- for help. And that decision could cost him everything.

Dave White is a Derringer Award-winning mystery author and educator. White, an eighth grade teacher for the Clifton, NJ Public School district, attended Rutgers University and received his MAT from Montclair State University. His 2002 short story Closure, won the Derringer Award for Best Short Mystery Story the following year. Publishers Weekly gave the first two novels in his Jackson Donne series, When One Man Dies and The Evil That Men Do, starred reviews, calling When One Man Dies an engrossing, evocative debut novel and writing that his second novel fulfills the promise of his debut. He received praise from crime fiction luminaries such as bestselling, Edgar Award-winning Laura Lippman and the legendary James Crumley. Both When One Man Dies and The Evil That Men Do were nominated for the prestigious Shamus Award, and When One Man Dies was nominated for the Strand Critics Award for Best First Novel. His standalone thriller, Witness To Death, was an ebook bestseller upon release and named one of the Best Books of the Year by the Milwaukee Journal-Sentinel. All three books have been reissued by Polis Books and are available wherever ebooks are sold.
Loading...
or support indie stores by buying on