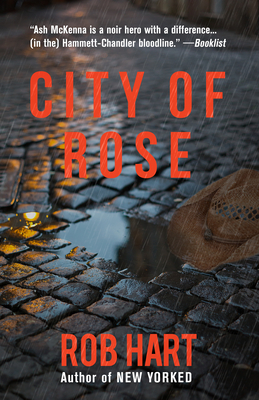 As an amateur PI with a bent moral compass, Ash McKenna is good at finding people--but not at staying out of trouble. Between his own violent tendencies, the shadow cast by his father's death, and a self-destructive revenge quest, he made a mess of his life in NYC. Figuring it was time for a change of scenery Ash relocated to Portland, taking a job as a bouncer in a vegan strip club. And he hasn't had to hit anyone in six months. So when one of the club's dancers asks Ash for help finding her daughter, he declines, content to keep the darkness in his past. But soon Ash is held at gunpoint by a man in a chicken mask, and told to keep away from the girls. Unfortunately Ash isn't good at following directions either. As Ash navigates an unfamiliar city, he finds himself embroiled in a labyrinthine plot involving a ruthless drug cartel and a scandal that could reach one of the most powerful men in Portland. Ash is dead set on finding the missing girl, but realizes that in order to deliver her safely he may have to cross the one line he promised himself he never would.

Rob Hart is author of New Yorked, the first Ash McKenna novel. He is the associate publisher at MysteriousPress.com and the class director at LitReactor. Previously, he has been a political reporter, the communications director for a politician, and a commissioner for the city of New York. Rob is the author of The Last Safe Place: A Zombie Novella, and his short stories have appeared in publications like Thuglit, NEEDLE, Shotgun Honey, All Due Respect, and Helix Literary Magazine. He lives in New York City. Visit him online at robwhart.com or at @robwhart.
Loading...
or support indie stores by buying on