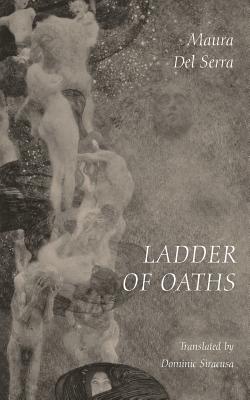 Maura Del Serra is a poet, playwright, translator, and essayist whose work is highly regarded in Italy and Europe where it has garnered numerous accolades. Following her anthology Coral (1994) and the critically acclaimed collections of poetry L'opera del vento (2006) and Tentativi di certezza (2010), Ladder of Oaths contains poems and other texts Del Serra composed between 2010 and 2015.

Ladder of Oaths further develops and enriches the author's ars poetica -- while rooted in classical Western & Eastern traditions, Del Serra's spiral-like gaze extends from cosmo-metaphysical openings to both autobiographical & civic themes. The architectural and polytonal character of her poetry is born of more than three decades of intense and convergent activity as a writer who embodies the multiple nuclei of a thinking poetry.

Entrusted to a passionate and metaphoric inventive ductus, Del Serra's work is dialogical and has a choral transitivity whose rhythms are as rigorous as her style is refined. Such is evident both in her free verse and in her haikus and aphorisms, not to speak of the vibrant, dream-like lyricism of "For Elisa," the po me en prose that closes the present collection. This is the first book of Del Serra's to be translated into English since Infinite Present in 2002.