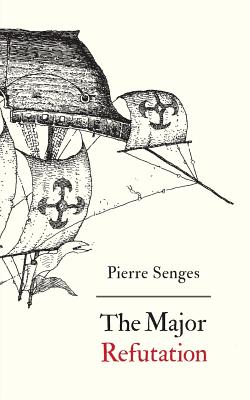 "Few or none of them heard of a book entitled Refutatio major, falsely attributed to Don Antonio de Guevara, in which the aforementioned Guevara avers that a New World does not exist, but only chimaeras, malevolent rumors, and inventions spread by schemers. These same persons affirm that the reasons set forth by the aforementioned Guevara are highly disconcerting." -- Bonaventura d'Arezzo, Treatise on Shadows (1531)

"If this new world actually existed, if its measure could be had in hectares and in tons, or more maliciously in carats to reflect the value of its diamond mines, or in nautical miles because it is seemingly capable of devouring an entire hemisphere as a crab would, going from north to south and from east to west -- if this were the case, then adventurers would have set foot there long ago, smugglers failing to find a better use for their discovery would have taken it as their refuge, and instead of traffickers by nature mute about their rallying points, we would have heard the cries of one thousand boasters, one thousand returning voyagers." -- The Major Refutation

This edition of The Major Refutation is followed by a scholarly afterword discussing the conditions of the text's genesis.

Pierre Senges is the author of fifteen books. His long novel, Fragments of Lichtenberg, is forthcoming in English from Dalkey Archive Press in 2017.