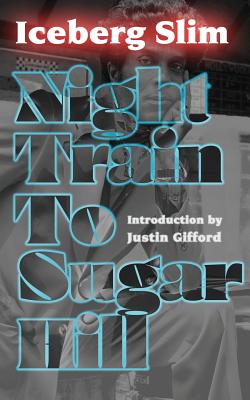 1980s Los Angeles. The crack epidemic has hit hard. Innocent and damned alike fall victim to the artificial allure of the drug -- a teenager accidentally overdoses, junkies smoke crack laced with cyanide, a gang member is shot down in the streets, a mother is murdered by her alcoholic husband, and a major drug dealer is killed by an ordinary man fed up with the drug game.

Set on L.A.'s meanest, toughest streets and never published until now, Night Train to Sugar Hill is one of Iceberg Slim's two final novels. It is his most personal work of political fiction, an epic tragedy where no one escapes from the deadly orbit of the drug crisis and the police repression that follows. Baptiste O'Leary, an old ex-con who is Slim's alter ego, calls for political action against the militarized police raiding black communities and greater compassion for those caught in the drug's web, like his own daughter Opal.

Iceberg Slim's novels have never been easily digestible, but they have always been true. Night Train to Sugar Hill is no exception, offering us Slim's end-of-life vision, with him looking back over his abusive childhood, his career as a criminal, and his later years as a family man. Set against the backdrop of an America where its so-called dream is more of a nightmare and its underclass is deliberately preyed upon, Night Train is ultimately a hybrid novel, a mix of hardcore crime fiction, mysticism, L.A. noir, literary naturalism, and street literature.