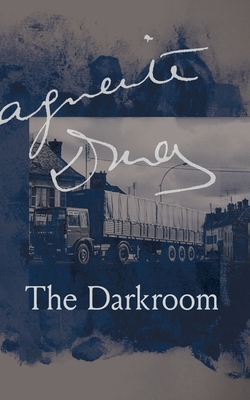 The Darkroom contains the script for Marguerite Duras' 1977 radically experimental film Le camion (The Truck), as well as four manifesto-like propositions in which Duras protests that most movies "beat the imagination to death" because they "are the same every time they are played." She also accuses the gatekeepers of traditional cinema of treating intelligence as if it were a "class phenomenon" and distinguishes her own approach: a cinema based on ideas and sensory experience.

In the dialogue with Michelle Porte at the end of the book, Duras further describes her filmmaking style, discussing everything from her biography to her critique of Marxism.

Translated by Alta Ifland & Eireene Nealand, and featuring an introduction by Jean-Luc Nancy.


Praise For The Darkroom…

"Le camion is . . . uncompromising. [It] lets the text come through but also carries it." — Jean-Luc Godard

"For Duras, this situation [of Le camion] represents our modern condition: en route to who knows where, crossing desolate lands, with no other destination, perhaps, than the end of the world [...]. This text from 1977 is entirely relevant almost half a century later." — Jean-Luc Nancy

French novelist, screenwriter, scenarist, playwright, and film director, Marguerite Duras is internationally known for her novels as well as her screenplays of Hiroshima mon amour (1959) and India Song (1975). The novel L'Amant (1984; The Lover; film, 1992) won the prestigious Prix Goncourt in 1984.
Loading...
or support indie stores by buying on