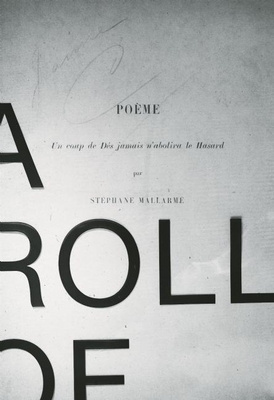 A Roll of the Dice

A translation by Robert Bononno and designer Jeff Clark of one of St phane Mallarm 's most well-known and visually complex poems into contemporary English language and design. The book is composed in an elaborate set of type and photography to both honor the original and be an object of delight. Includes the original preface by Mallarm . Bilingual edition.

St phane Mallarm (1842-98) was born in Paris and is widely regarded as one of the most important figures of nineteenth-century French poetry.

Jeff Clark's book designs have been praised in the New Yorker, Better Living Through Design, Cool Hunting, Granta, and other venues. He is a graduate of the University of Iowa Writers' Workshop.

Robert Bononno has received two NEA grants for translations of French authors and was a finalist for the French-American Foundation Translation Prize for his translation of Ren Crevel.