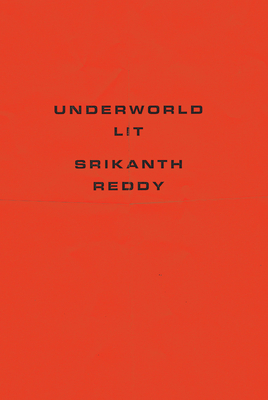 Simultaneously funny and frightful, Srikanth Reddy's Underworld Lit is a multiverse quest through various cultures' realms of the dead. Couched in a literature professor's daily mishaps with family life and his sudden reckoning with mortality, this adventurous serial prose poem moves from the college classroom to the oncologist's office to the mythic underworlds of Mayan civilization, the ancient Egyptian place of judgment and rebirth, the infernal court of Qing dynasty China, and beyond--testing readers along with the way with diabolically demanding quizzes. It unsettles our sense of home as it ferries us back and forth across cultures, languages, epochs, and the shifting border between the living and the dead.

Srikanth Reddy is the author of Underworld Lit (Wave, 2020), Voyager--named one of the best books of poetry in 2011 by The New Yorker, The Believer, and NPR--and Facts for Visitors, which won the 2005 Asian American Literary Award. He has written on poetry for The New York Times and The New Republic, and his book of literary criticism, Changing Subjects: Digressions in Modern American Poetry, was published by Oxford University Press in 2012. The NEA, the Creative Capital Foundation, and the Guggenheim Foundation have awarded him grants and fellowships, and in Fall 2015, he delivered the Bagley Wright Lectures in Poetry. A graduate of the Iowa Writers' Workshop and the doctoral program in English at Harvard University, he is currently an Associate Professor of English at the University of Chicago.
Loading...
or support indie stores by buying on