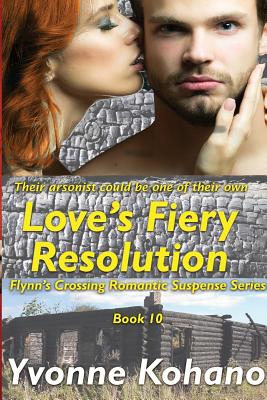 Their arsonist could be one of their own, unless he can prove his innocence.

Gideon Kinkead is a firefighter who cares - about the burning wildland, about his peers, and about his family. He protects his brother with the same ferocity he uses to fight the flames, but his own past tragedy might be more than he can overcome. When a hot sheriff's lieutenant demands evidence, Gid doesn't want to resist. He's ready and willing but not exactly able to provide more than a one night stand.

Protect and serve is what Danielle Trajan embraces, because that's what law enforcement is all about. She didn't rise through the ranks by being sweet, and she isn't about to change for any man. Only her twin sees through her defenses. When her path crosses with a potential suspect who has already stolen her heart, Dani will have to decide what's more important, her black and white principles or the chance at love.

Red roses appear each time Gideon is on a fire, and Dani suspects he knows more about these arsons than he's letting on. He's a player, but then, so is she. She might have to play him to learn what he knows. Will getting too close result in scorching burns for both of them, in real life and in love?

The Flynn's Crossing series is contemporary romance set in the northern California foothills, suspense driven by small town secrets, and complex characters in compelling stories about friendship and love. You can enjoy the books out of order without ruining their surprises