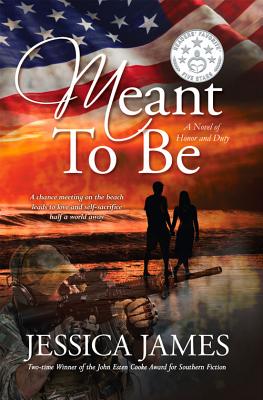 A Novel of Honor and Duty

Winner, 2015 NJRW Golden Leaf Award for Romantic Suspense
From the sundrenched beaches of Ocean City, Maryland to the snowcapped mountains of Afghanistan, this tale of espionage and intrigue takes readers on a spellbinding journey into the secret lives of our nation's quiet heroes. Two young people thought it was just the beginning when they had a chance encounter on the beach, but 24 hours later, Lauren Cantrell and Michael Rad Radcliff said goodbye, not knowing if they would ever see each other again. Yet, fate had another unexpected meeting in store for them, exposing the covert lives neither had revealed. This book recounts the dedication of our military, the honor and sacrifice of our soldiers, and a relationship that is tested and sustained by the powerful forces of love, courage, and resolve.

Jessica James is an award-winning author of historical fiction and nonfiction ranging from the Revolutionary War to modern day. She is also a member of the Military Writers Association of America, and was featured in the book "50 Authors You Should Be Reading." She is the author of" Noble Cause "and "Shades of Gray." She lives in Gettysburg, Pennsylvania.
Loading...
or
Not Currently Available for Direct Purchase