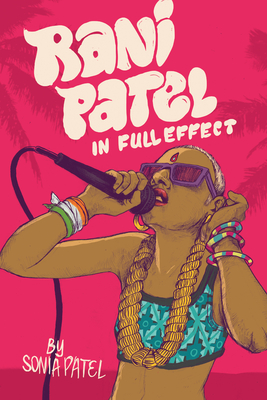 Almost seventeen, Rani Patel appears to be a kick-ass Indian girl breaking cultural norms as a hip-hop performer in full effect. But in truth, she's a nerdy flat-chested nobody who lives with her Gujarati immigrant parents on the remote Hawaiian island of Moloka'i, isolated from her high school peers by the unsettling norms of Indian culture where husband is God. Her parents' traditionally arranged marriage is a sham. Her dad turns to her for all his needs--even the intimate ones. When Rani catches him two-timing with a woman barely older than herself, she feels like a widow and, like widows in India are often made to do, she shaves off her hair. Her sexy bald head and hard-driving rhyming skills attract the attention of Mark, the hot older customer who frequents her parents' store and is closer in age to her dad than to her. Mark makes the moves on her and Rani goes with it. He leads Rani into 4eva Flowin', an underground hip hop crew--and into other things she's never done. Rani ignores the red flags. Her naive choices look like they will undo her but ultimately give her the chance to discover her strengths and restore the things she thought she'd lost, including her mother.

Sonia Patel knows teenagers inside and out. As a child and adolescent psychiatrist, trained at Stanford University and the University of Hawaii, she has spent over fifteen years listening to and understanding the psyche of teenagers from all walks of life. She's also been a teenage girl herself, growing up on Moloka'i as a first generation Gujarati-American. As a writer, Sonia is passionate about giving voice to the underrepresented youth she treats. Her YA debut featuring a Gujarati-Indian American teen, Rani Patel In Full Effect, was a finalist for the Morris Award and was listed on YALSA's Best Fiction for Young Adults and Kirkus' Reviews Best Teen Books of 2016. Her second YA novel, with a Gujarati-Indian trans boy and a mixed ethnicity girl, Jaya and Rasa: A Love Story, was selected for the 2019 In the Margins Book Award Recommended Fiction Book List. She chose South Korea as the setting for her third YA novel, Bloody Seoul, because of her extensive treatment experience with Korean and Korean American teens on Oahu (and her love for the Korean gangster film genre). Watch Sonia's video for the Child Mind Institute, where she speaks about her experience with anxiety and depression, and the words of wisdom she would tell her younger self.
Loading...
or support indie stores by buying on