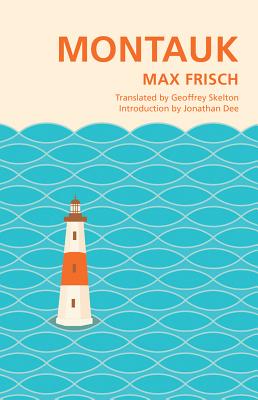 Max Frisch's candid story of his affair with a young woman illuminates a lifetime of relationships.

Casting himself as both subject and observer, Frisch reflects on his marriages, children, friendships, and careers; a holiday weekend in Long Island is a trigger to recount and question events and aspects of his own life, along with creeping fears of mortality. He paints a bittersweet portrait that is sometimes painful and sometimes humorous, but always affecting.  Emotionally raw and formally innovative, Frisch’s novel collapses the distinction between art and life, but leaves the reader with a richer understanding of both.

Max Frisch (1911-1991) was born in Zurich, Switzerland before the First World War and was a soldier in the Second. In the interwar years, he traveled throughout Eastern and Central Europe as a journalist. After serving as a gunner on the Austrian and Italian borders, he followed in his father's footsteps and became an architect. These experiences helped forge the moral consciousness and the concern for human freedom that mark his writing. The author of I'm Not Stiller, Homo Faber, and The Man in the Holocene, and the winner of the Jerusalem Prize, the Heinrich Heine Prize, and Neustadt International Prize for Literature among other honors, Frisch was one of Europe’s most important postwar writers.

Geoffrey David Skelton (1916-1998) was a British author and translator.

Unusual in form and technique, the bittersweet record of a brief love affair is also a compelling autobiographical sketch . . . a painfully honest, affecting memoir.

. . . extremely interesting . . . has an integrity that is original and admirable.

In this spectacular melancholic novel Max Frisch perfects the art of understatement.  His casual itemization of betrayals and losses is, at first, dry and brilliantly done.  Slowly, statements like 'he was a friend of ours,' turn into bitter accusations and Montauk, the autobiography of a brief vacation becomes a quiet and hugely subtle rendering of love's terrible disappointments.  You will not be able to get this account of acceptance out of your mind.