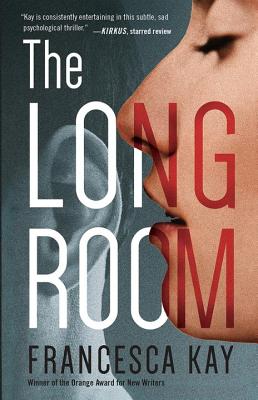 Award-winning novelist Francesca Kay's new novel tells the story of a man who falls for the wrong woman.

London. December 1981. The IRA is on the attack, a cold war is being waged, another war is just over the horizon, and Stephen Donaldson spends his days listening. When he first joined the Institute, he expected to encounter glamorous, high-risk espionage. Instead he gets the tape-recorded conversations of ancient Communists and ineffectual revolutionaries--until the day he is assigned a new case: the ultra-secret PHOENIX, a suspected internal leak. The monotony of Stephen’s routine is broken, but it’s not PHOENIX who captures his imagination; it’s the target’s wife, Helen. Beset by isolation and loneliness, Stephen becomes dangerously obsessed with Helen, risking his job to keep his fragile connection to her and inadvertently setting himself up for a fall that will forever change his life.

With compassion and tenderness and moments of unexpected humor, Francesca Kay charts the way in which imagination, projection, and desire overwhelm the paucity of Stephen’s life and identity. As beautiful as it is intense, The Long Room explores a mind under pressure and the wilder cravings of the heart.


Praise For The Long Room…

Evoking the work of Ian McEwan and John LeCarré, but in its own clear voice, The Long Room is a gripping, sensitive page-turner, with a terrible absence at its heart.

— Sean Michaels, author of US CONDUCTORS

Its language is brilliant, a poet's language, luminous and watchful . . . [T]he grace of Kay's voice is hypnotizing, and there are moments when her empathy for Stephen makes them seem barely divisible.

Many spy novels have complicated protagonists, but Stephen is unique in his fragility, desire, and solipsism, making this a study of pathology born of loneliness. Kay...winds it all up tightly, building to a remarkably suspenseful conclusion.

Ornate sentences unfurl with poetry and emotional weight . . . In this time of confusion—existential dreading, even—a book like this one grabs at our deepest fears and offers them up for examination. The Long Room is therefore more than an engaging read—it’s a compassionate reminder that we’re all at least partially blind to our most damaging fixations.

Francesca Kay's first novel, An Equal Stillness, won the Orange Award for New Writers. Her second novel, Translation of the Bones, was longlisted for the Orange Prize for Fiction. Kay lives in Oxford, England.
Loading...
or
Not Currently Available for Direct Purchase