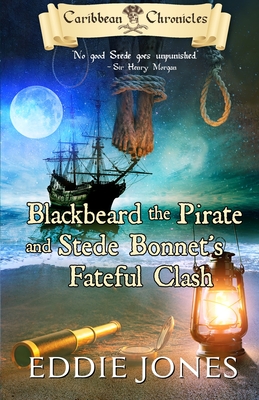 Would you risk your life to go back in time to the golden age of piracy?

At the conclusion of a seminar on, "Trances and Visions: Exploring the Out-of-Body Experience," the wealthy daughter of a prominent physician approaches Ricky with an offer. "If my father could fix things so your mother would receive the best cancer treatment for free, would you go back in time to clear my ancestor's good name?"

Ricky explains that he can't simply will himself to have an episode and take a time-travel trip.

"Absence seizures don't work that way. Even if I could go back, I can't control when and where I end up."

But Ricky also knows there have been instances where someone claimed they slipped into a trance and saw past and future events. "They saw things," Ricky says to the rich girl, "but didn't change what happened in the past."

Then, for the third time since last Christmas, Ricky experiences a short "staring spell" -- of fixed gazing into space and sailing through time.

Moments later Ricky finds himself in pirate land with Stede Bonnet, a rich sugar plantation owner who thought becoming a pirate might be a fun way to live out the rest of his life. And for Bonnet it was a Yabba Dabba Doo good time right up until the moment Ricky stepped aboard the Revenge. Will Ricky swing by the neck or die on the deck?

Set sail from Barbados with Bonnet's crew as they slant west towards the North American coast, and run afoul of the British Royal Navy, the good citizens of Charleston, and the pirate Blackbeard. Would you risk your life to go back in time in order to save your mother?