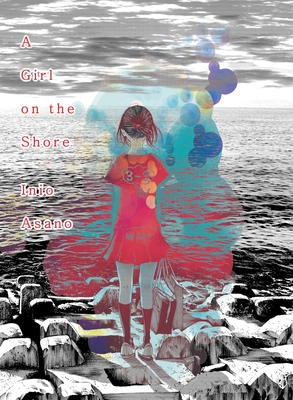 A Girl on the Shore

Longing for Something Bigger

From the Eisner Award-nominated Inio Asano, creator of Solanin and Nijigahara Holograph, comes one of his most challenging works yet—an intense teen romance set in what may at first glance be one of the sleepiest places in Japan.

When Koume and Keisuke's relationship begins to take shape, it is apparent that they are both searching for something. Maybe Keisuke wants something more than a kiss from the fair Koume. Maybe Koume is looking for someone better than Misaki, the local playboy. But what they find in each other over the course of a summer might be far greater than anything they were expecting.

Their lives are going to change. And this will all transpire before high school exams!

Inio Asano (born 1980) is considered by many to be one of the biggest new names in manga of the '00's. Debuting in 1998 Asano was immediately thrust into the manga spotlight by earning praise from luminaries such as Naoki Yamamoto and Shin Takahashi. His ascent to stardom was very quick, and regretfully, the young man went into a bit of a slump soon after. But after four years of struggle and soul-searching as an assistant to some of Japan's most artistically respected comic artists, Asano came back to become the voice of the modern Japanese adolescents.

His breakthrough work SOLANIN captivated the globe earning him recognition in Japan and an Eisner Award nomination in North America. SOLANIN was later adapted into a cultish motion picture further cementing Asano's place amongst outsiders globally. Since 2002 Asano has penned 10 graphic novel series, dozens of short stories, and is now making in-roads as one of Japan's more popular graphic designers. In 2014 his most recent English language release Nishigahara Holograph was selected as one of the best graphic novels of the year by Publishers Weekly, Comics Alliance, Comics Resources, and Good OK Bad.
Loading...
or support indie stores by buying on