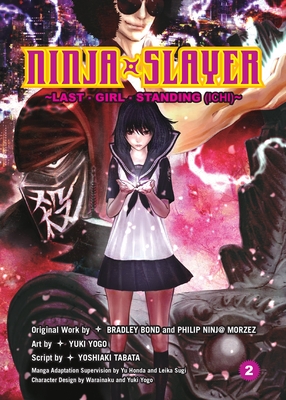 When the family of businessman Kenji Fujikido is murdered, he becomes possessed by the powerful Naraku Ninja, a superhuman being with his own scores to settle. The consolidation of their two spirits summons an even more powerful entity--Ninja Slayer. This thrilling adventure is set in the quiet suburb of Neo-Saitama, a city that after nightfall turns into a lawless hub of vice and violence. Inspired by the Ninja Slayer novels from the '90s, this second volume of Ninja Slayer features two stories: Killzone Sumotori and Last Girl Standing.