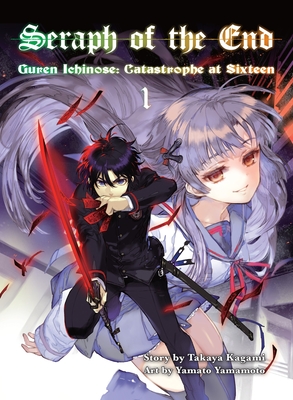 Seraph of the End, 1

The apocalypse is not only near, but a certainty. Set before the event and the aftermath detailed by the hit manga, this stand-alone prequel light novel series chronicles the inexorable approach of the reign of vampires. Witness the trials of Guren Ichi­nose, who must hide his true strength even as he is trampled on at an academy for the insufferably privileged.

Includes 28 pages of illustrations, 7 of them in color!

Takaya Kagami is a prolific light novelist whose works include the action and fantasy series A Dark Rabbit Has Seven Lives, which spawned a manga and anime series, as well as The Legend of Legendary Heroes, which has also been adapted into manga, anime and a video game.
Loading...
or support indie stores by buying on
(This book is on backorder)