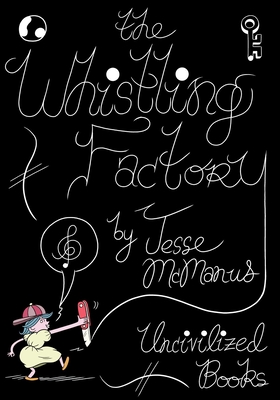 "Jesse McManus can], draw in a beautifully cartoony way with great lines and fun sense and sensibilities." --Vice Magazine
Imagine comics created from the DNA of John Kricfalusi, Charles Burns with a dash of Jim Woodring. You'd end up with animated, visionary comics by Jesse McManus. His fluid, hyper-kinetic, and lush brush strokes delineate a surreal visionary world of feral children, rubber y animals, and constantly-mutating monsters. The Whistling Factory is an audacious debut from the sui generis frenetic imagination of Jesse McManus.
Jesse McManus has been drawing comics for a long time. He was the youngest contributor to the now legendary oversize Kramer's Ergot #7. His comics were featured in many different publications including Vice Magazine. Jesse lives and works in Portland, OR.