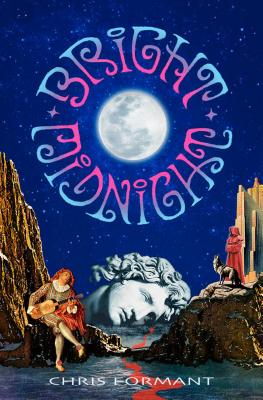 From his early garage band days, to a seat on the Board of Trustees of the Rock and Roll Hall of Fame, Christopher Formant has been a student of rock and roll his whole life. A collector of rock memorabilia and an avid reader of rock histories, he has absorbed the stories of rock legends in much the same way as his lead character, Gantry Elliot in Bright Midnight. As an executive in a leading global company, running a multi-billion dollar business, Formant is the unlikeliest of authors of a murder mystery. But the continued unanswered questions surrounding the deaths of our most iconic rock legends led Formant to first speculate and then re-imagine what would happen if cutting edge technology were applied to these famous cold cases. Doing his own research into the archives of the Hall of Fame, studying advanced forensics techniques and gaining creative insights from top doctors, FBI investigators and a former editor of Rolling Stone Magazine, Formant crafted what is being referred to as the Da Vinci Code for Rock and Roll Fans ."
Loading...
or
Not Currently Available for Direct Purchase