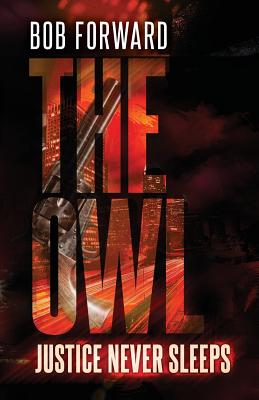 The most daring and original hero in crime fiction... in a debut novel that's a relentless, pure-adrenaline rush. It's the mid-1980s. Crime in Los Angeles is running rampant. When the law can't help you, there is one man who can: Alexander L'Hiboux, whose ability to sleep was destroyed in the ghastly tragedy that cost him his family. Now he's justice-for-hire, prowling the streets and solving crimes with deadly finality. A desperate, grief-stricken shipping magnate hires The Owl to find the scum who brutalized his daughter...a quest that uncovers a shocking conspiracy that will rock the city. "Mike Hammer is a wimp compared to The Owl," Bill Crider, author of Outrage at Blanco and the bestselling Sheriff Dan Rhoades mysteries.

Author of the Owl Series Bob Forward has at various times been a professional writer, artist, director, producer, and pyrotechnician. Sometimes all of them at once. Much of his work has been in Children's Television, where he quickly established a reputation for creative and entertaining mayhem. He has written novels, scripts, and comic books, story-edited, directed and produced on a number of animated series, and runs a pyrotechnic special effects business on the side. He greatly enjoys creating and developing intriguing new characters and concepts, developing them into dynamic and compelling relationships, and then blowing them up. He tends to have noisy dreams.
Loading...
or
Not Currently Available for Direct Purchase