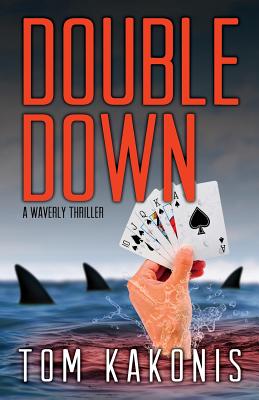 "A cracking good crime thriller that resurrects both the gambling hero of Kakonis' Michigan Roll and the exhilaratingly tough, yet deeply humane, storytelling that made that first novel one of the most memorable in recent crime fiction," Kirkus Reviews A mob boss has given professional gambler Timothy Waverly two weeks to make good on a $300,000 debt...or die at the hands of two hit men. Waverly's only hope is convince a pill-popping, ex-girlfriend and her loser husband to set him up in a series of high-stakes poker games in Palm Beach with a rich Arab prince who cheats at cards. But that's not the only game that's rigged. Waverly knows he's going to be killed as soon as he pays his debt...and that somehow he's got to cheat death in the ultimate gamble. "One of the top ten crime novels of the year " New York Times "Kakonis once again rolls nothing but sevens, throwing out a steady stream of brutally funny lies threaded through steamy sex, sun-fried morality, and sneaky card lore," Booklist "Aptly compared to Elmore Leonard, Kakonis builds exquisite tension...steamy with a high-rent, low-life atmosphere and an unforgettable cast." Publishers Weekly "Hot-wired, no-holds-barred, masterful " Washington Post "A cold-deck nightmare of high-stakes peril," Daniel Woodrell, bestselling author of Winter's Bone.