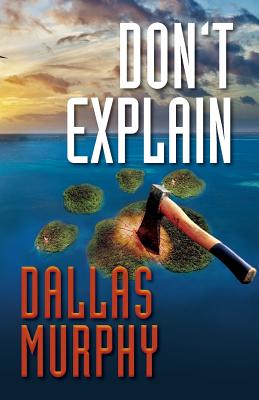 From Dallas Murphy, the Edgar-Award nominated author of Lover Man DON'T EXPLAIN The outrageously inventive third novel in what Booklist hails as "the superb Artie Deemer Series" Artie Deemer's dog Jellyroll, the star of stage, screen, and retail packaging, is getting death threats from a pair of crazed stalkers. So the twosome and Artie's live-in lover Crystal, a professional pool player, flee to a remote island off the coast of Maine, only to discover that their hideaway is over-run with an assortment of colorful killers...and that there's a huge storm rolling in. And that's only the beginning of their troubles. "Careening between over-the-top humor and edge-of-the-seat suspense, Don't Explain is a delightful ride," San Francisco Chronicle "Straw Dogs meets Lassie," Booklist "Artie's third outing is jammed fuller of malice than a holding pen," Kirkus Reviews.

Edgar Award Nominee Dallas Murphy is the author of the acclaimed three-book series Lover Man, Lush Life, and Don't Explain, about the reluctant sleuth Artie Deemer, who lives off his dog Jellyroll, star of screen, TV, and dog-food boxes; and the stand-alone crime novel set in Florida, Apparent Wind. Lover Man was nominated for an Edgar for Best First Novel and named a Notable Book of the Year by the New York Times. Murphy has also written nonfiction books about the ocean, including Rounding the Horn, To Follow the Water, Plain Sailing, and, most recently, To the Denmark Strait. He lives in New York City.
Loading...
or support indie stores by buying on