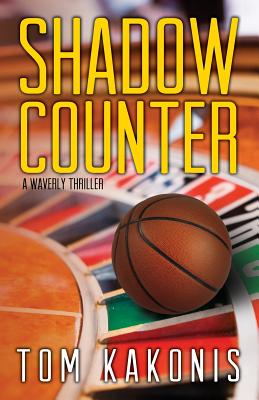 LADY LUCK IS DEALING DEATH... AND WAVERLY IS HOLDING A LOSING HAND. Twice selected by the New York Times as one of the Ten Best Crime Novelists of the Year, Tom Kakonis brings back Waverly, his cunning professional gambler, in what The Washington Post calls "a keenly fatalistic thriller." Waverly is in Las Vegas now, counting cards at the blackjack tables, trying to scratch together some money without getting caught. Things aren't going too bad until his naive sister drifts into town and hooks up with a murderous sociopath nicknamed Eggs who wants to muscle in on a basketball point-shaving scheme. Soon people are dying and the only way Waverly can save himself, and his sister, from joining them is to play a game of blackjack-to-the-death... "The latest and kinkiest...a bravura performance that will make your palms sweat." New York Times "Aptly compared to Elmore Leonard, Kakonis builds exquisite tension...steamy with a high-rent, low-life atmosphere and an unforgettable cast." Publishers Weekly.