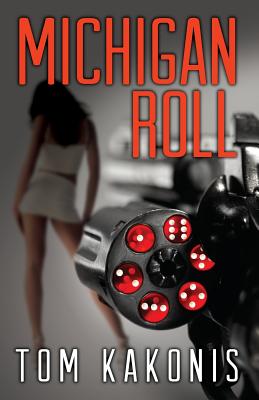 THE MASTERS OF CRIME FICTION BET ON TOM KAKONIS... "Kakonis can really write. In Waverly, he gives us a wonderful character in a brutal world," Tony Hillerman "Michigan Roll is fast, strong, harsh and beautiful," Donald Westlake "A wonderful novel - smart, light and mean," T. Jefferson Parker "Tom Kakonis is a master of the low-life novel. Nobody does it better." Ross Thomas "A cold-deck nightmare of high-stakes peril," Daniel Woodrell ...AND A NEW KIND OF HERO IN AN UNFORGETTABLE THRILLER Ex-con, professional poker player Timothy Waverly travels to Traverse City, Michigan for a break...and falls into bed with a seductress named Midnight. She's an out-of-towner, too, there to rescue her self-destructive brother, who has stupidly ripped off a fortune in cocaine from a vicious Chicago mobster. Now she is being chased pursued by Shadow, a hemorrhoidal hitman who gleefully specializes in torture and rape, and Gleep, his muscle-bound henchman. The odds are stacked against her, but Waverly is a gambler who knows how to play them... "A sure narrative voice, a richly shaded hero and heroine, nightmare-vivid villains, and a plot paved with switchbacks and big curves add up to classy, if brutal, crime entertainment: this one cooks," Kirkus Reviews "Aptly compared to Elmore Leonard, Kakonis builds exquisite tension." Publishers Weekly "Original, brutal, nightmarish. Kakonis is a sharp new gambler in the literary crap game. He just takes the pot,"
The New York Times.