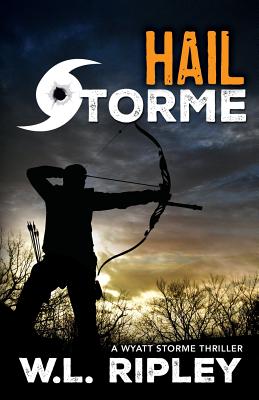 Vietnam vet and former pro football player Wyatt Storme is bow-hunting in Missouri when he stumbles upon a hidden field of marijuana...and is attacked by a vicious dog and shot at by a sniper. He reports violent incident confidentially to the local Sheriff...who is murdered the next day. Storme believes there's a connection and starts asking questions, unraveling a deadly conspiracy of corruption, drug-trafficking and organized crime... and making himself someone that just about everybody wants dead.

W.L. Ripley is the author of two critically acclaimed mystery series, one featuring Wyatt Storme, an Ex-NFL star and atavistic cowboy, and the other featuring Cole Springer, an enigmatic ex-secret service agent. Ripley is a native Missourian who has been a sportswriter, a successful high school and college basketball coach, and well-respected educator. He enjoys watching football and playing golf, spending time with friends and family, and enjoying a good cigar when his wife, Penny, allows it. He's a father, grandfather, and unapologetic Schnauzer lover.
Loading...
or support indie stores by buying on