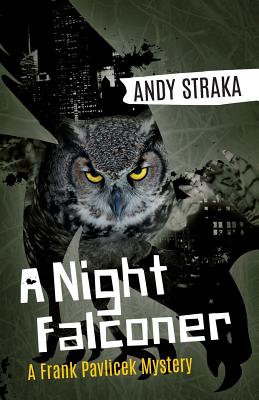 The fourth novel in the thrilling Shamus Award winning, Agatha & Anthony Award nominated series.
The tenants of a Manhattan apartment in a heated dispute with their landlord believe he's using a bird-of-prey to hunt down their cats and drive them out of the building. Virginia PI Frank Pavlicek, an ex-NYPD cop and an avid falconer himself, investigates the bizarre case as a favor for his friend, another ex-cop-turned-PI. But he soon discovers that there's more at stake than cats and condos, pitting him against a sadistic street gang and a killer prowling Central Park with a great horned owl.
Previously published under the title "Kitty Hitter.

Winner of the Shamus Award, Finalist for the Anthony and the Agatha Andy Straka is the author of the widely acclaimed, bestselling Frank Pavlicek PI series and was named by Publishers Weekly as one of "ten rising stars" in crime fiction. Straka is a native of upstate New York, a licensed falconer, and a long-time resident of Virginia, where he is co-founder of the popular Crime Wave at the annual Virginia Festival of the Book.
Loading...
or support indie stores by buying on