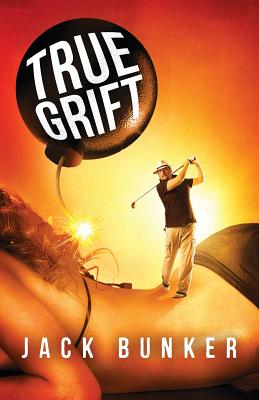 A shrewd, darkly-funny, wildly unpredictable crime novel that marks the dazzling debut of Jack Bunker, a bold new voice in crime fiction.
"A breezy page-turner that's fun-filled and loaded with laughs from the jump. Donald Westlake fans will love this one." Joseph Wambaugh, New York Times bestselling author of "The Blue Knight," "The New Centurions," and "The Onion Field."
A bankrupt lawyer and a greedy insurance adjuster concoct a personal injury scam involving a runaway grocery cart and recruit a half-wit golf course greenskeeper as their fall guy. But the plan goes horribly wrong, and as it spirals into a murderous fiasco, the grifters must deal with betrayals, shakedowns, bombs and mobsters to avoid prison... or worse, an early grave in a Southern California landfill.
"If crime paid, they say, it would attract smarter criminals. Jack Bunker's TRUE GRIFT is a rollicking misadventure that might deter anyone who's ever thought about making a quick buck off an insurance company. This first novel is perfect for fans of Elmore Leonard, Carl Hiaasen and Donald E. Westlake - which is to say, all smart readers." Joseph Finder, New York Times bestselling author of "The Fixer" and "Suspicion"
"Jack Bunker displays an effortless, vivid writing style reminiscent of Elmore Leonard with the satirical spin of Carl Hiaasen. The dialogue is brisk, quick and witty, the situations outrageous but nonetheless believable, and the plotting air tight," Paul Levine, bestselling author of "Bum Rap" and "Lassiter."
"With this, his first novel, Jack Bunker proves himself to be a gifted and witty author who knows the law and how the system can be manipulated . A great read from first page to last -- you will enjoy every superbly crafted minute of it." Sol Wachtler, former Chief Judge of the State of New York, author of "After the Madness" and "Blood Brothers.

Jack Bunker is trial lawyer who brings his wide experience -- including stints working at the U.S. Department of Justice, as a clerk for a U.S. Court of Appeals judge, and as legal editor for Thomson Reuters in Dubai -- to his brilliant first novel TRUE GRIFT
Loading...
or support indie stores by buying on