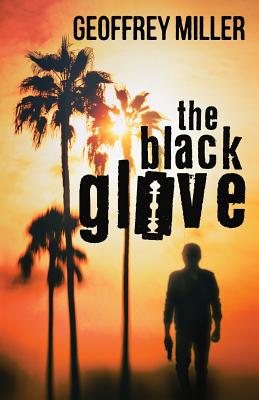 NOMINATED FOR THE EDGAR AWARD Terry Traven is an L. A. private eye who modeled himself after Philip Marlowe and thrived in the 1960s, becoming a minor celebrity for his hardboiled style and his skill at tracking down runaways. But now it's the 1980s, his minor fame has completely faded, and he's barely making a living. So he jumps at the opportunity to find a wealthy, born-again industrialist's missing son who has been dabbling in drugs and punk rock. It's not just a chance to save the kid... but himself. Traven's search leads him into a bizarre, cocaine-drizzled world populated by kidnappers, drug dealers, talent agents, greedy entrepreneurs, religious zealots and desperate killers. "Miller pretty much equals the masters - Hammett and Chandler - of the hardboiled detective story," Houston Post "THE BLACK GLOVE is every bit as remarkable as the best film noir of the 1940s," Detroit News.

Geoffrey Miller caused a sensation with his debut thriller, The Black Glove, which earned him an Edgar Award nomination from the Mystery Writers of America for the Best First Mystery Novel. A hard-boiled detective tale, The Black Glove follows Los Angeles sleuth Terry Traven as he tracks down the kidnappers holding the son of a wealthy businessman for ransom. Confronted with complications, conspiracies, and cocaine stashes, Traven navigates the dangers Southern California's dark underbelly with a twisted a sense of humor that gives this noir thriller a tongue-in-cheek twist. A UCLA graduate who studied motion pictures, Miller worked as a public librarian for three decades. Now retired, he recently finished his highly-anticipated second thriller.
Loading...
or support indie stores by buying on