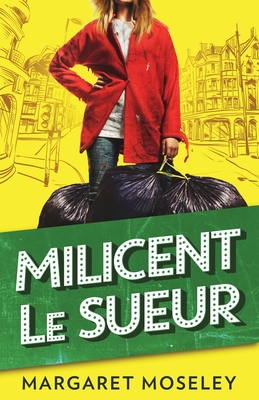 From Margaret Moseley, the Edgar Award-nominated author of the bestselling Bonita Faye, comes a wickedly funny, delightfully unusual mystery novel featuring a very unlikely detective.
Millicent Le Sueur is an eccentric, obsessive-compulsive bag lady in a rural Southern town who witnesses the hit-and-run killing of a teenage girl. Or so she claims. Some townsfolk believe she killed the girl and made up the story to cover her crime. Battling her neuroses and psychoses, and counting her steps along the way, she tracks a killer she hopes won't count her as the next victim.

Margaret Moseley has been making her living as a writer since she was eighteen, beginning on the original Fort Worth Press in Fort Worth, Texas and continuing with work for ad agencies, television, and major corporations. Her stunningly original first book, Bonita Faye, was a finalist in the Edgar Award for Best New Novel by an American Writer and earned her wide, and richly deserved, acclaim. Moseley was born in Durant, Oklahoma, raised in Fort Worth, Texas and for twenty years lived in Fort Smith, Arkansas. During her time in Arkansas, she was a personal friend of the Clintons and campaigned for them as an Arkansas Traveler at the time of the 1992 election. She is the author of five mystery novels Bonita Faye, Milicent LeSueur, The Fourth Steven, Grinning in His Mashed Potatoes, and A Little Traveling Music Please, all of which are being republished by Brash Books, starting in early 2015. Moseley is married to computer guru and novelist Ron Burris. They live in Euless, Texas, with their rescued beagles Miss Sadie and Miss (The Terror) Matilda.
Loading...
or support indie stores by buying on