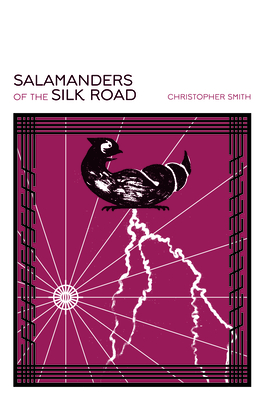 Salamanders of the Silk Road

Prester John is a legend. He's a relic of medieval folklore, a character from a series of garbled tales that span eras and continents like an epic game of telephone. He inhabits a world stuffed full of Cyclopes and malevolent rivers, rocs and gryphons and sciapods--and salamanders.

Now, he's an unemployed surreal estate agent headed down to a mildew-infested beach house off the coast of Florida, where he can brood over his past--and seek a way out of his endless existence.

About the author: Christopher Smith was born on the blood-red clay of North Alabama and raised on the concrete sprawl of South Jersey. He has a master's degree in English from Auburn University, where he met his future wife, Kate, at the college newspaper. Smith lives in Clarksville, TN, where he works as an editor at The Tennessean. This is his first novel.