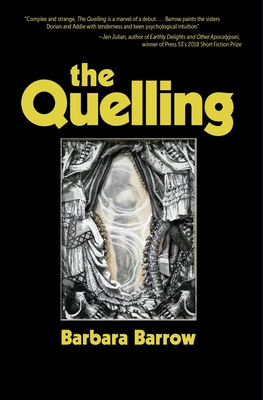 Addie and Dorian have always been together. They're clever, beautiful--and hopelessly violent. Diagnosed with a rare psychiatric condition and accused of murder at age six, the sisters have spent most of their lives in a locked ward under the supervision of eccentric researcher Dr. Lark. Now on the cusp of adulthood, Addie has a plan: start a new family, to replace the one she lost. Dorian struggles to quell her violent tendencies in time to help raise her sister's child.

But Dr. Lark sees these patients as key to the completion of his revolutionary cure, and he will not allow Addie's absurd ideas to get in the way. As his "treatments" become increasingly bizarre, they put Addie and Dorian's safety at risk. The girls' only lifeline may be Ellie, a ward nurse with troubles of her own, who's never felt the need to protect anyone--until now.

Harrowing and bittersweet, at times claustrophobic, this gritty debut explores the fragility of familial bonds and the sometimes intractable tension between freedom and safety.