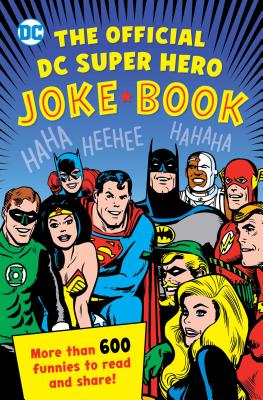 What does Superman use to cook eggs? A pan of steel!

What happened when Batman was late to play baseball with Robin? There was a Wayne delay.

Written by a team of hilarious people, including librarian, author, and DC mega-fan Michael Robin and comedy writer and playwright Noah Smith.
or support indie stores by buying on
Copyright © 2020 American Booksellers Association