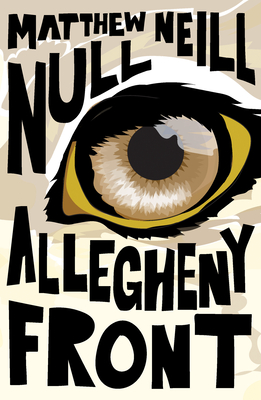 Set in the author's homeland of West Virginia, this panoramic collection of stories traces the people and animals who live in precarious balance in the mountains of Appalachia over a span of two hundred years, in a disappearing rural world. With omniscient narration, rich detail, and lyrical prose, Matthew Neill Null brings his landscape and characters vividly to life.

Allegheny Front has few sentimental trappings. . . . Men's stubbornness is a rock face, in these intelligent and unpretentious stories, their anger a crown fire, their occasional tenderness a rill. . . . It remains at a distance from judgment, at a remove from easy definitions, unspooling a lucid and often painful history of appetite, exploitation, and bereavement.--Lydia Millet, from the introduction

Rich in history, speech, incident, flora, fauna, vernacular, geology, politics--Matthew Neill Null's work is dazzling. . . . If anything ever happened in the state of West Virginia, Null knows the long and short of it, and will make its story sing.--Salvatore Scibona

Matthew Neill Null is the author of the novel Honey from the Lion (Lookout Books). A graduate of the Iowa Writers' Workshop, winner of the PEN/O. Henry Award and the Joseph Brodsky Rome Prize from the American Academy of Arts and Letters, his short fiction has appeared in the Oxford American, Ploughshares, the Mississippi Review, American Short Fiction, Ecotone, and elsewhere. He divides his time between West Virginia and Provincetown, Massachusetts, where he coordinates the writing fellowship at the Fine Arts Work Center.

Matthew Neill Null is the author of the novel Honey from the Lion. A graduate of the Iowa Writers' Workshop and a winner of the PEN/O. Henry Award, he now coordinates the writing fellowship at the Fine Arts Work Center in Provincetown. He divides his time between Massachusetts and West Virginia. Lydia Millet is an American novelist. Her third novel, My Happy Life, won the 2003 PEN Center USA Award for Fiction, and she has been a finalist for the Pulitzer Prize and the Los Angeles Times Book Prize.
Loading...
or support indie stores by buying on