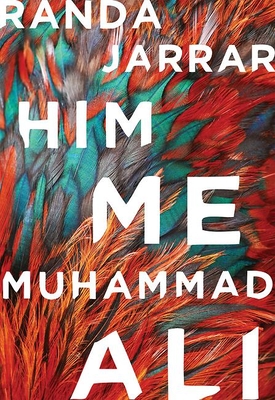 Him, Me, Muhammad Ali

Award-winning novelist Randa Jarrar's new story collection moves seamlessly between realism and fable, history and the present, capturing the lives of Muslim women and men across myriad geographies and circumstances. With acerbic wit, deep tenderness, and boundless imagination, Jarrar brings to life a memorable cast of characters, many of them accidental transients--a term for migratory birds who have gone astray--seeking their circuitous routes back home. Fierce and feeling, Him, Me, Muhammad Ali is a testament to survival in the face of love, loss, and displacement.

Randa Jarrar is the author of a highly successful novel, A Map of Home, which received an Arab-American Book Award and was named one of the best novels of 2008 by the Barnes & Noble Review. She grew up in Kuwait and Egypt, and moved to the United States after the first Gulf War. Her work has appeared in the New York Times Magazine, the Utne Reader, Salon.com, Guernica, the Rumpus, the Oxford American, Ploughshares, and more. She blogs for Salon, and lives in California.

Randa Jarrar: Randa Jarrar is an award-winning novelist, short story writer, essayist, and translator. Her novel A Map of Home was published in six languages, won an Arab-American Book Award, and was named one of the best novels of 2008 by The Barnes & Noble Review.
Loading...
or support indie stores by buying on