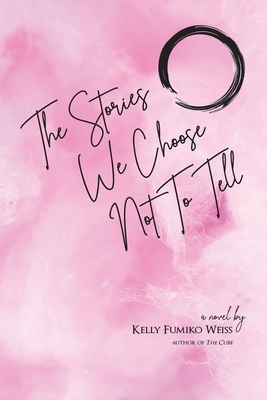 The Stories We Choose Not To Tell

Hope can come from unlikely places...Angela is at a crossroads. New life and new death, discovering she is pregnant just as her beloved Obachan, Aiko, passes away. Paralyzed by the gravity of these two events happening at the same time, Angela floats through Aiko's wake like a ghost.

Unexpectedly, Angela's Auntie Pamela gifts her a box filled with family heirlooms, including tape recordings of her Obachan describing her time in the Japanese incarceration camps, and journals dating back to the 1970s written by her mother, Judith.

To escape reality, and to grapple with it, Angela throws herself into her family's history and discovers how little she actually knows about the women closest to her. As she learns the truth of what happened to her family, she decides she needs to make their story more widely known. She zealously throws herself into project mode, leveraging her position as a Chicago TV news producer to create a ground-breaking news piece to make a statement: We cannot let history repeat itself.

But as her work thrives, her attempts to ignore her own feelings catch up to her, creating rifts with her husband and stealing focus away from the impending birth of their baby. Ultimately, Angela must decide how the puzzle pieces of her past, present, and future will fit together in a way that heals her heart, honors her family, saves her marriage, and makes a statement that will break through and make a difference.