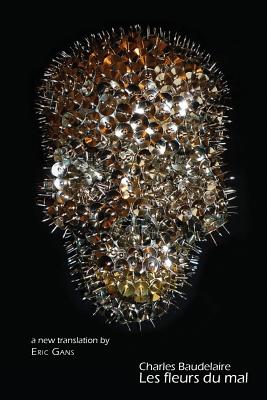 Poetry. Translated from the French by Eric Gans. "For sheer reading pleasure and fidelity to its source, this entirely new translation of Baudelaire's magnum opus is matchless. With admirable disregard for the fashionable cliche according to which poetry is fundamentally "untranslatable," Eric Gans works from the startling premise that the greatest French poet of the nineteenth century can indeed be rendered in English without significant loss of meaning or effect. His daring approach involves sticking as closely as possible to the French original, combining the translator's modesty with a remarkable poetic talent, in order to showcase not his own ingenuity but Baudelaire's distinctive vision. Poetry lovers and students of French literature alike will applaud the result." Trevor Merrill, Lecturer in French, California Institute of Technology"

John Tidball graduated in modern languages at the University of Manchester in 1963. Since retiring from teaching, he has pursued his interests in literature, music, art and photography. He has recently published two completely new translations of Baudelaire's 'Les Fleurs du Mal', covering both of the editions which were published during the poet's lifetime. Other publications include 'Twenty Gems of French Lyric Poetry', 'Twenty Gems of German Lyric Poetry' and an anthology entitled 'Songs of Love and Life'.
Loading...
or support indie stores by buying on