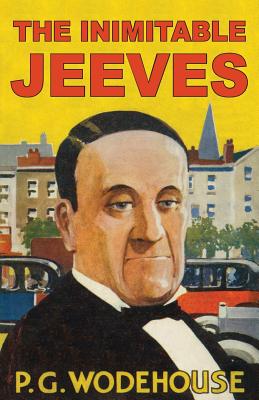 This edition reproduces the stories as they appeared in the Strand magazine in 1921 and 1922. It is the only edition that lets today's readers see the original illustrations by A. Wallace Mills and experience these stories in the same way their earliest readers did.

The twelve stories in this book are all about Wodehouse's most beloved characters, Bertie Wooster and Jeeves. The Inimitable Jeeves was Wodehouse's second book that included stories about Jeeves and the first that was made up exclusively of Jeeves stories. (In the first, My Man Jeeves, Jeeves was a character in only half the stories.)

The stories collected in the book were published in the Strand magazine in Britain and in the Saturday Evening Post and Cosmopolitan in the United States. Some of the stories were turned into two stories when they were collected in book form, and this book includes a key identifying the magazine stories that were broken up in this way.

Sir Pelham Grenville Wodehouse (1881-1975) was an English humorist who wrote novels, short stories, plays, poems, and lyrics for musical comedies. He was immensely successful with the public and was also admired by writers such as Rudyard Kipling, Hilaire Belloc, and Evelyn Waugh. Today, he is remembered mainly for his writings about Jeeves and about Blandings Castle.

Heritage Facsimile Editions are reproductions of classic works of literature as they first appeared in illustrated magazines.

In the days before electronic media, illustrated magazines were one of the most common forms of popular entertainment, filled with stories and serialized novels. The illustrations were a key part of the reader's experience.

There was a delay before these stories and novels were published in book form, to give people an incentive to subscribe to the magazines.

The books generally kept down costs by omitting the illustrations. This series publishes the books using facsimiles of the magazine articles, including the original illustrations.