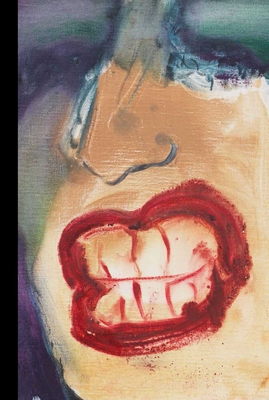 The latest from the renowned painter—Marlene Dumas’s new works respond more than ever to the uncertainty and sensuality of the painting process itself. Allowing the structure of the canvases and the materiality of the paint greater freedom to inform the development of her compositions, the artist has likened the creation of these works to the act of falling in love: an unpredictable and open-ended process that is as filled with awkwardness and anxiety as it is with bliss and discovery.

Myths & Mortals documents a selection of new paintings—debuted in the spring of 2018 at David Zwirner, New York—ranging from monumental nude figures to intimately scaled canvases that present details of bodily parts and facial features. Several nearly ten-foot-tall paintings focus on individual figures, including a number of male and female nudes and a seemingly solemn bride, whose expression is obscured behind a floor-length veil. Like the Greek gods and goddesses, the figures in these paintings are at once larger than life and overwhelmingly human. The smaller-scale paintings—referred to by the artist as “erotic landscapes”—present a variety of fragmentary images: eyes, lips, nipples, or lovers locked in a kiss. Evident across all of these works is the artist’s uniquely sensitive treatment of the human form and her constantly evolving experimentation with color and texture.

Alongside these new paintings, Dumas presents an expansive series of thirty-two works on paper originally created for a Dutch translation of William Shakespeare’s narrative poem Venus & Adonis (1593) by Hafid Bouazza (2016). Myths & Mortals is accompanied by new scholarship on the artist by Claire Messud and a text by Dumas herself.

“More than a simple catalogue of works in the exhibition, Myths & Mortals presents a truly analytical study of the richness and depth of Marlene Dumas’ artistic practice.”
— Adam Evrard

“Evident across all of these works is the artist’s uniquely sensitive treatment of the human form and her constantly evolving experimentation with color and texture.”
— Staff

“She has taken a radically new direction in this body of work: painting on significantly larger canvasses; using a more vibrant, chromatic palette; and stepping into mythological terrain.”
— Nina Siegal

“As provocative as anything she has ever done.”
— Jason Farago

Widely regarded as one of the most influential painters working today, Marlene Dumas has continuously explored the complex range of human emotions, often probing questions of gender, race, sexuality, and economic inequality. Through her focus on the human figure, Dumas merges socio-political themes with personal experience and art-historical antecedents to create a unique perspective on the most salient and controversial issues facing contemporary society. Her work consistently explores constructions of identity and the fluid distinctions between the public and the private.

Claire Messud is an award-winning American novelist. The author of six works of fiction, including The Emperor’s Children (2006), The Woman Upstairs (2013), and The Burning Girl (2017), Messud has received Guggenheim and Radcliffe fellowships and the Strauss Living Award from the American Academy of Arts and Letters.
Loading...
or support indie stores by buying on