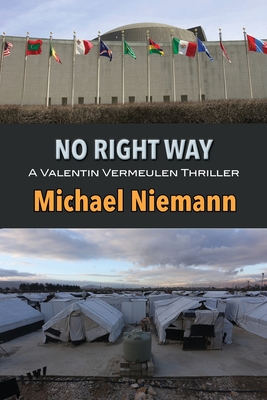 The letter from the prosecutor's office seems harmless enough. Some irregularities have emerged from the last case Vermeulen worked in 2002. He's to come to Antwerp to clarify his role. He'd rather not, but has no choice. Once back in his erstwhile hometown, he quickly learns that there's nothing harmless about this trip. He's accused of having caused the death of an informant.

A well-known veteran of the romance writing field, Carla Kelly is the author of thirty-one novels and three nonfiction works, as well as numerous short stories and articles for various publications. She is the recipient of two RITA Awards from Romance Writers of America for Best Regency of the Year; two Spur Awards from Western Writers of America; two Whitney Awards, 2011 and 2012; and a Lifetime Achievement Award from Romantic Times. Kelly's interest in historical fiction is a byproduct of her lifelong study of history. She's held a variety of jobs, including public relations work for major hospitals and hospices, feature writer and columnist for a North Dakota daily newspaper, and ranger in the National Park Service (her favorite job) at Fort Laramie National Historic Site and Fort Union Trading Post National Historic Site. She has worked for the North Dakota Historical Society as a contract researcher. Interest in the Napoleonic Wars at sea led to a recent series of novels about the British Channel Fleet during that conflict. Of late, Kelly has written two novels set in southeast Wyoming in 1910 that focus on her Mormon background and her interest in ranching. You can find the author on the Web at: www.CarlaKellyAuthor.com.
Loading...
or support indie stores by buying on